The daily photo challenge is certainly a challenge...partly because we seem to be busy around here.  But I'm forcing myself to take those shots whenever it's possible.  Today's prompt was Eyes.

Now, when I think of lovely eyes, I think of Tika.  She's got the MOST beautiful eyes.  But as I wandered about early this morning, snapping this and that, I spotted all my chicks lined up in a row on a little log.

I got down low and snapped and clicked and then got up and walked away to visit the horses. 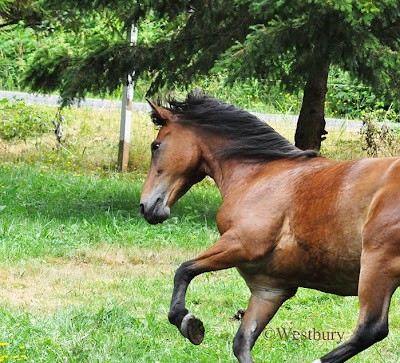 The horses were having one of the 'pretty pony eye shots', however.  Instead, they were racing about like a couple of wild horses.  Which, of course, is what they are.  Or were.  Snap, snap, snap.

By the end of the afternoon it didn't seem like I'd gotten much, but I sat down to the computer and uploaded my day's work.  One photo of the chicks was pretty cute, but this assignment was Eyes.  Blowing it up, I closed in on my two guineas...it almost looks like a blurry, double exposure!  I don't know why, but I like it.

Yesterday we shot for Expression...and I couldn't resist this young barn swallow.  The day before he was tucked safely behind the wall of his muddy nest, but not on this morning!  By now I'm certain he's flown out on his own. 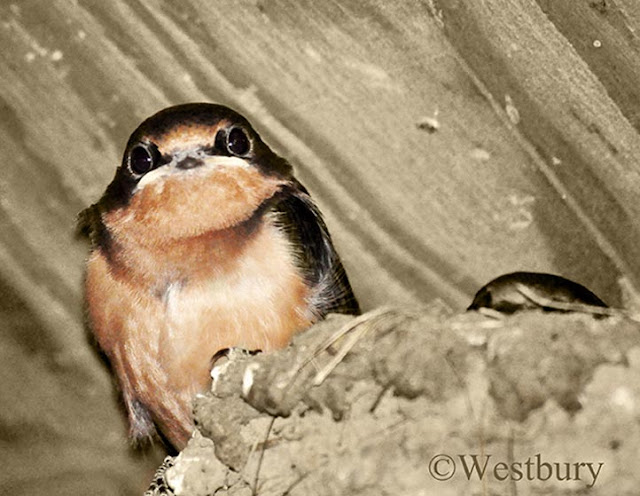 Also a good candidate for expression yesterday was Tika!  But then, when doesn't the Diva express herself? 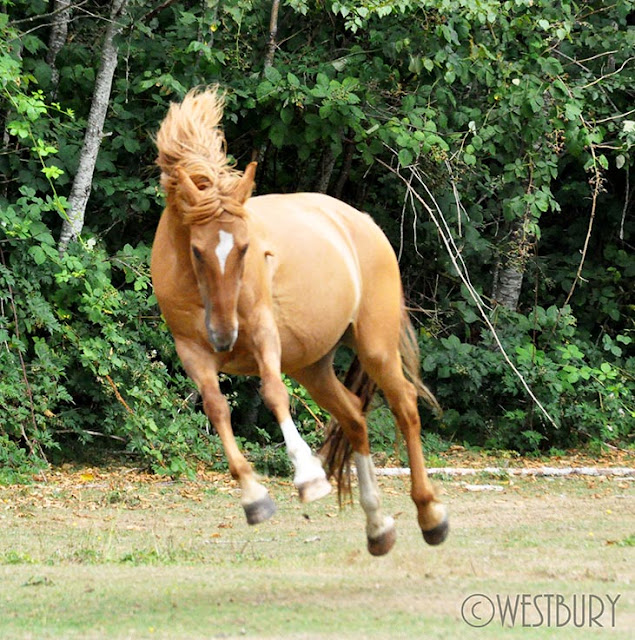 The day before we lost our Rocket, we learned that the Cowboy was sending three horses to Wyoming to Ken McNabb.  Ken will use them on the ranch, then put them in his sale this summer.  Darling took this particularly hard, as the gelding she's been riding this past year was among those slated to go.  She'd thought, hoped, dreamed that he'd never leave...at least not until she was in a position to buy him for herself. 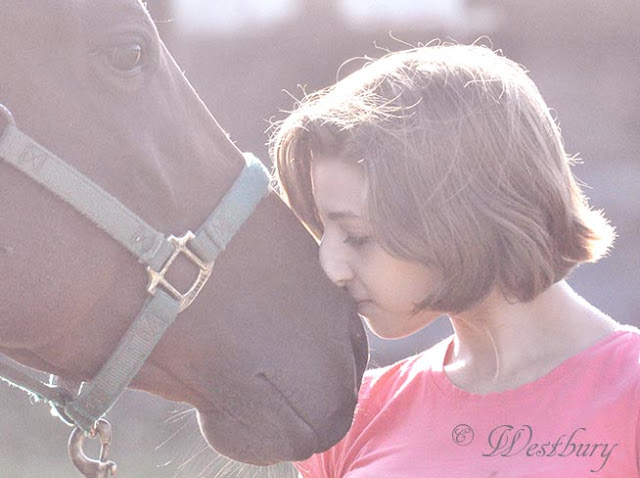 Darling and River, or River Monster as she called him, were quite a team.  He wasn't a horse to trust just anyone, but he trusted her, and she loved him.  Saturday was her last day with him, and it was wrought with emotion.  Saying goodbye, two days in a row...not an easy thing to do.
Posted by Tracey at 8:02 PM

This last image and story bring tears to my eyes - so hard to say goodbye to those special horses that touch our hearts.

Whoa, that really does look like a double exposure shot.