Back in 2008, when I was fresh out of the first makeover with Sandy, Darling and I made a trip to Molalla Oregon where I picked up three geldings for TIP (trainer incentive program.)  One of those was a gelding that became known as Joe. 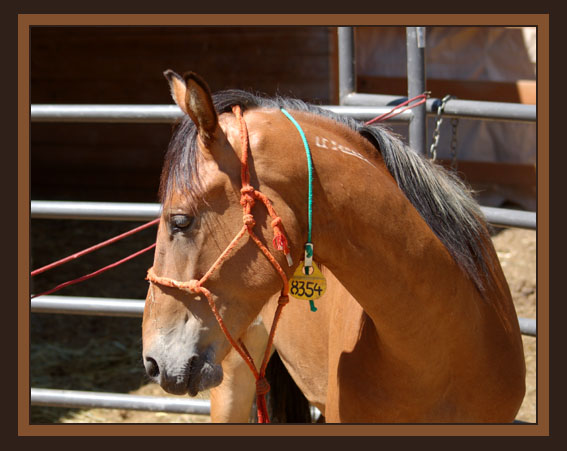 Joe was a pretty little bay with a sweet disposition.  He was easily gentled and enjoyed attention. 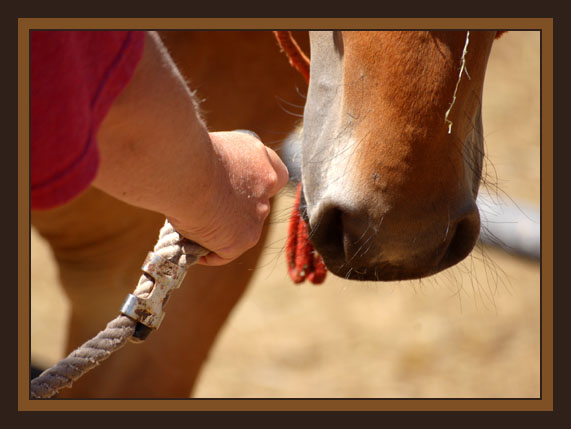 For some odd reason, Joe was the last of the three geldings to find a home, despite being the one we felt was going to make the easiest transition.  You can just never tell about people and what they want to adopt.  Joe was here for three months before a woman came along who fell in love and wanted him.

Joe was sent to a trainer and started under saddle.  His adopter loved him, but there was a little accident that set them back a few months.  Joe went to another trainer and again did well, and the adopter still loved him and rode a little in her yard and round pen at home.

Then the adopter had an accident, and Joe has been sitting for the past ten months.  She'd really like to get him out on the trails, like she's done with her halflinger, but she's not sure Joe has the confidence out there just yet.  So Joe is here with Darling and I, and we'll be getting him going so his adopter can enjoy him even more.

Isn't Joe a pretty boy?  We sure think so! 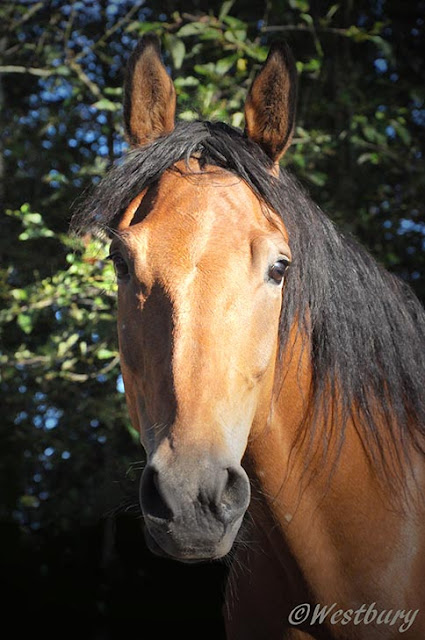