That's right. I said it, and I'm gonna do it. There's no point in saying you're doing something, if you don't follow through. It will simply disappoint people, like when Alec Baldwin promised us he'd leave the country if George Bush were re-elected, but then didn't, and stayed.

I've been caught in the facebook web for the past couple of years now, to the point where I've totally dropped off blogging. But now? With the doom and destruction known as Timeline coming to all pages as of the end of the month? Time to vacate. It's like the Facebook Apocalypse! And I said I'd leave...so leave I shall!

So what's up in the world of mustangs here at the diaries? For those of you who didn't get sucked into facebook and have been sitting here patiently waiting for me to once again tell you a story, or post a new photo or two, how about this one? 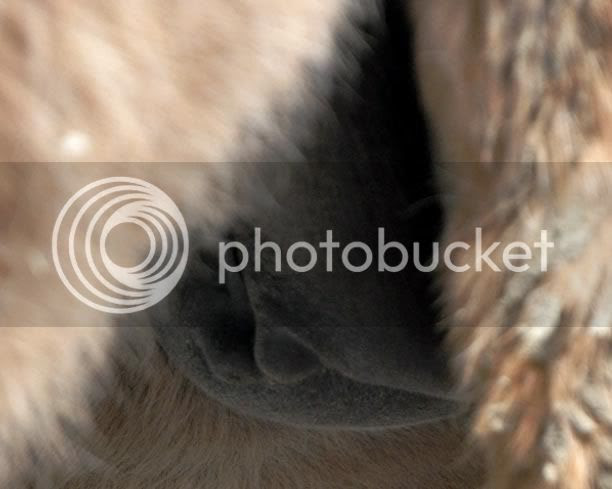 Impulse is bagging up. I'm pretty sure we'll need to have some sort of due date guessing game here. Wild bred, so all we know is it can't be later than June.

I've started a new job...you know, something that most of you have had, but I have not? With gas and hay prices climbing, it simply had to be done. As such, my pony time has been limited. Imp hasn't had a lot of one on one time, but she's such a quiet thing that I've not worried too much about her progress. She's not one to be easily caught, but she is more than willing to come in for dinner, so I've been turning her out into the bigger spaces a bit, which she is enjoying. 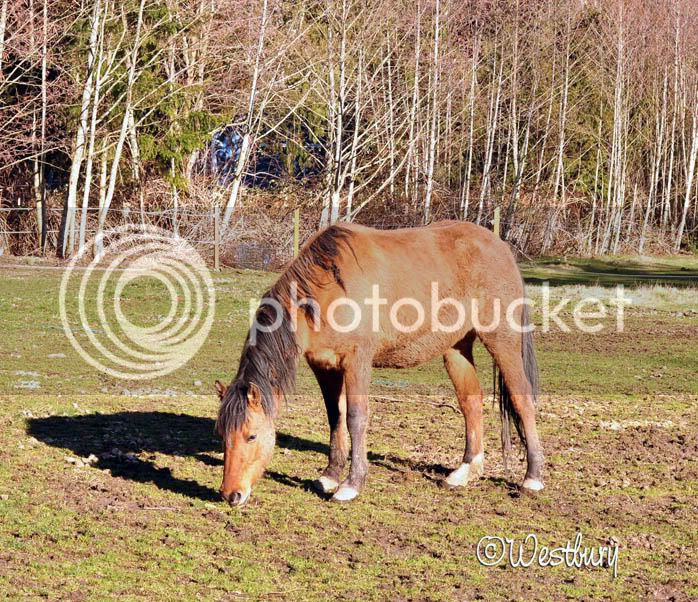 Recently I've begun to play a bit with leather stamping. The cowboy just completed a saddle for his daughter, and while he was working on it, I begged and pleaded for him to show me how to use some of the tools. Eventually he grew tired of my whining and sat me down with a piece of leather, a mallet and a tool. He have me a 60 second tutorial...then told me to get lost, as he had work to do. Sometimes I feel like a little kid in grandpa's workshop! But it inspired City Boy to purchase a few tools, and now I come home with the leather scraps from the saddle shop. The Cowboy decided I needed a piece of marble if I was going to be stamping, and gruffly told me, "You owe me one now" as he shoved it into my hands. I'm not too sure what 'one' is, but I'm pretty sure it's worth the trade. Darling and I spent last night pounding away on leather. For some reason, my shoulders hurt like crazy today! 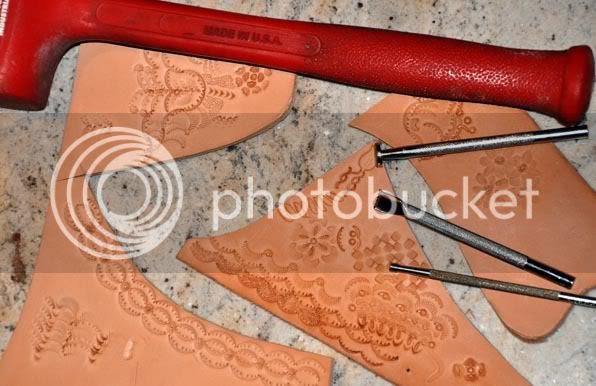