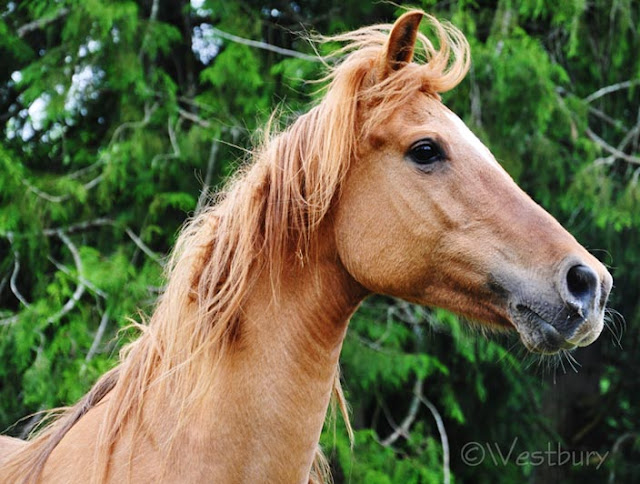 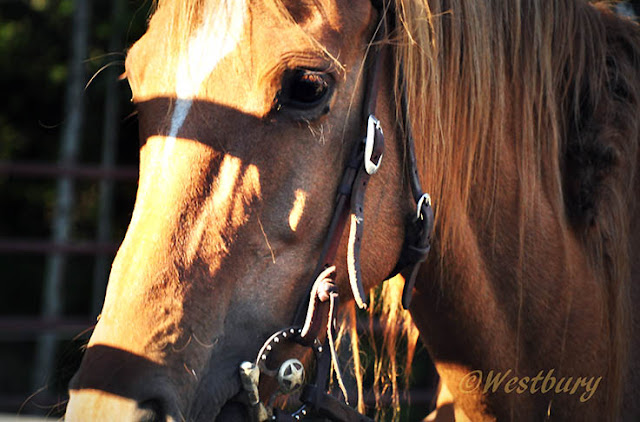 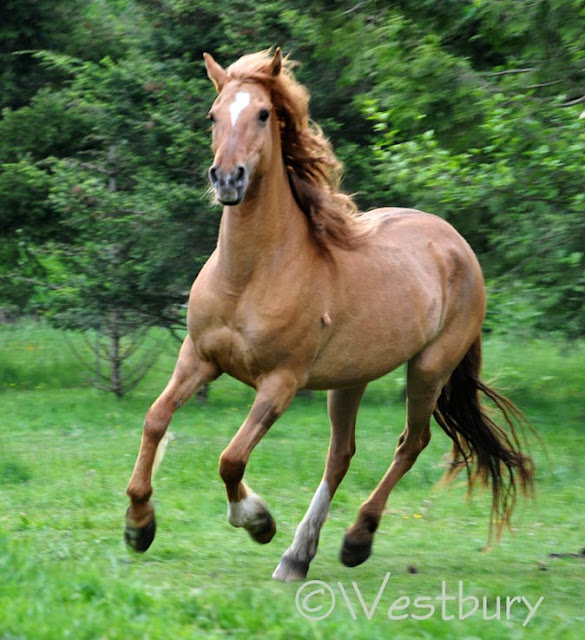 Romeo loved Juliet
Juliet she felt the same
When he put his arms around her,
He said Julie, baby, you're my flame.
Thou givest fever
When we kisseth
Fever with thy flaming youth
Fever, I'm a fire
Fever, yay, I burn forsooth 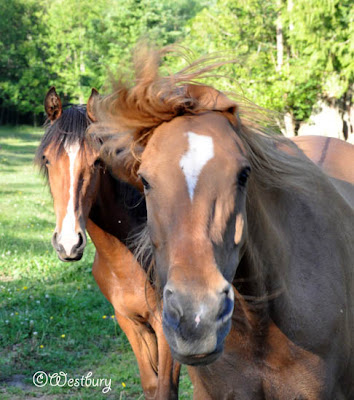 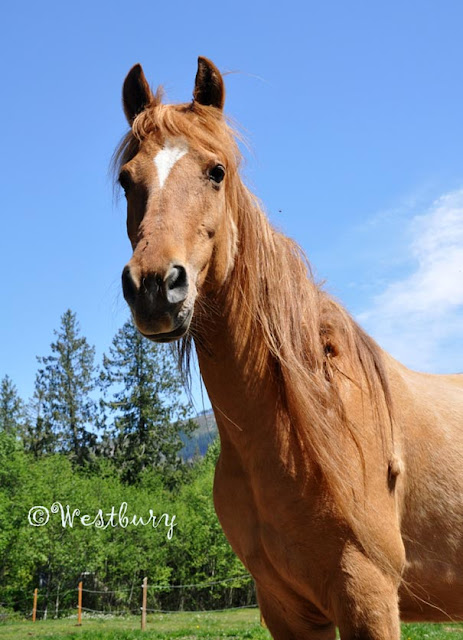 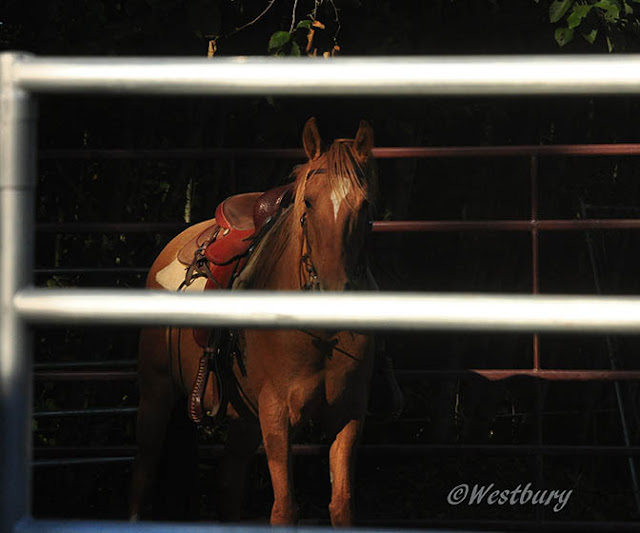 Twas the Supreme Extreme Mustang Makeover this past weekend, and while there are many, many excellent videos out there to highlight these talented horses, what you really, really need to see are the kids.  Yes, that's right, an arena full of youngsters and yearlings.  What could be better?  Nothing.  Nope.  Nothing.
Posted by Tracey at 9:54 PM 7 comments:

More Better Than the Rest

We were driving down the road, Darling and I, that sunny Friday morning, when we came across a little antique shop with a sign that said 'More Better Antiques'.  We laughed, saying wouldn't the Grammar Nazi love that?  More better...

Our destination had been Ride the West, a horse fair being held in Spokane, WA.  There was a BLM adoption being held there, though it was not our intent to adopt.  They would be in Monroe two weeks later; that was much closer to us.  But we wanted to enjoy the weekend together and it never hurt our feelings to visit another adoption event. 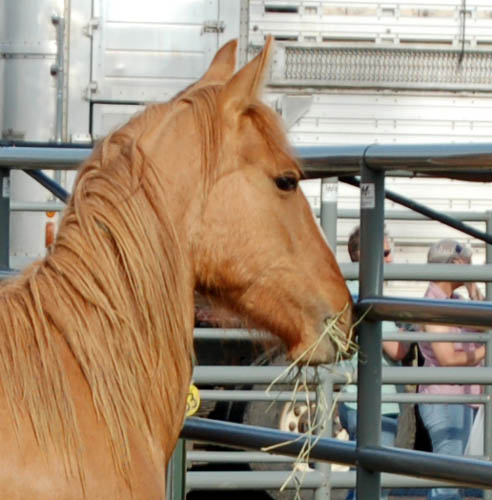 Of course...once there, we started shopping. We couldn't help ourselves!  And the BLM staff, bless their hearts, said that if we found something we liked, they'd haul it back to Monroe if we wanted to adopt that weekend.  And so...you know how it is...we did!

We had a short list, and among those first few picks was a tall, rangy red dun colt.  Goodness, he was a lanky thing, but he caught our eye, and Darling dubbed him "More Better", because, she said, he was more better than the rest. 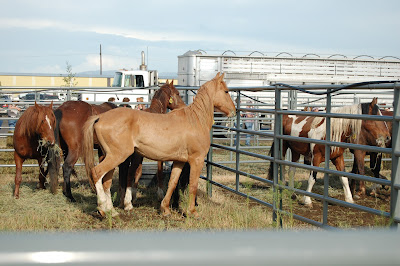 We were not the only ones who the colt attracted that morning.  Not far from us on the bleachers was a young woman who'd lost the bid on another mustang, and she was determined not to lose this boy.  Darling and I didn't have much in the way of funds, so it didn't take long for us to be outbid.  We were disappointed, but someone else was made terribly happy.  And in the end?  We went home winning the bid on little Quiet Storm, which was the best possible horse for Darling to start on.


I'd been cruising the internet for a wild horse forum, but didn't find one.  I went straight to work and created one, which drew not a lot of traffic, but among the few original members was none other than Andrea...the woman who'd outbid us on that red dun gelding.  Over the past six years we've shared a love for that boy, who grew into an extremely handsome, tall, stout horse.  I was fortunate to visit with him in person a few years ago when I was in Spokane for a mustang show.  Andrea hauled him over from her Idaho home.  She'd done such a good job with that boy, who she'd named Tonka.

So many of my readers also read Andrea's blog, and by now you've undoubtedly learned that she lost this incredible gelding this weekend.  My heart aches for her, but I am so thankful that she is at peace with it all.

Andrea is not letting the grass grow under her feet.  She put the word out that she was now in need of a horse so that she and her husband could continue trail riding.  Mustang or domestic, it didn't matter, just as long as it was of decent size and had a good mind. 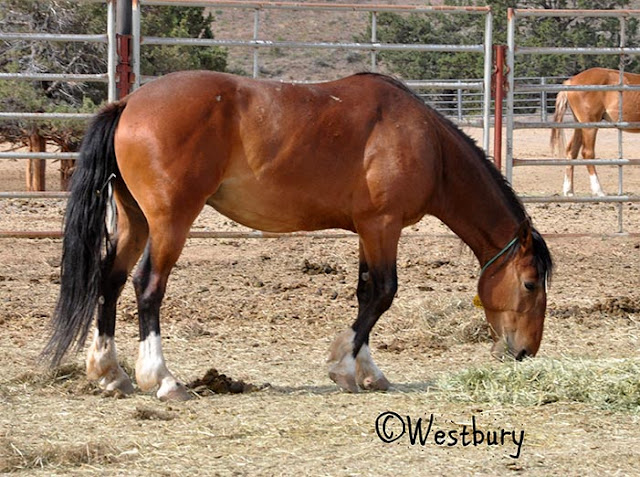 I messaged Andrea from facebook and asked if she wouldn't be interested in adopting from the corrals again?  It's so difficult to choose one from the photos, of course, but I sent her to my photo album of adoptable geldings from my last trip to Burns.  Low and behold, there he was...the big stout bay gelding.  He made her heart go pitter pat, she said.  So at the moment I am waiting with baited breath to hear if she's able to adopt.  I'm hoping and praying he's just as good a friend to her as Tonka!
Posted by Tracey at 9:25 AM 10 comments: