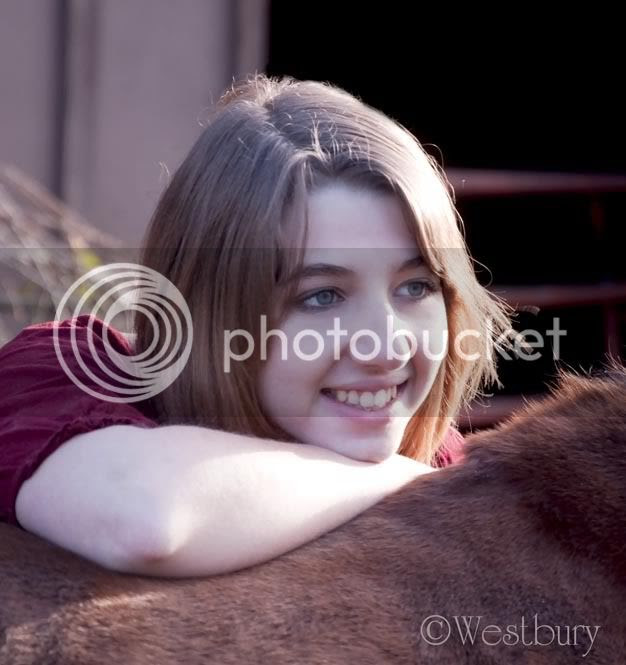 All misty eyed and weak at the knees...but it's not what you think. 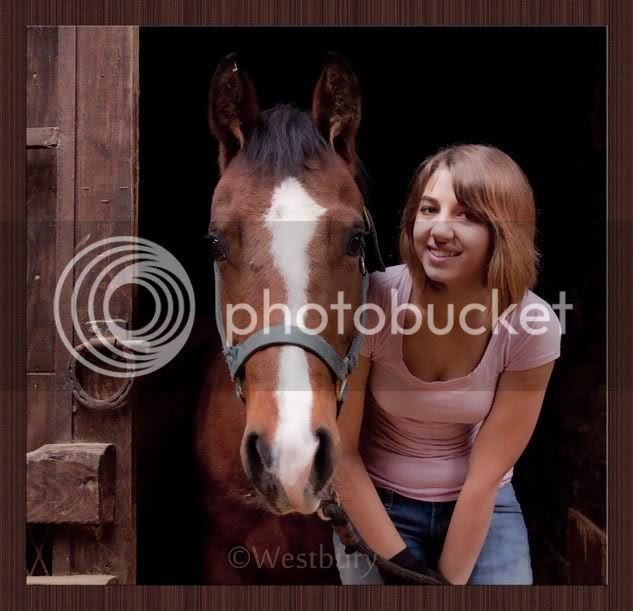 Darling will lie and tell you she does not love these things...but I beg do differ.
I know that look.
My child is in love. 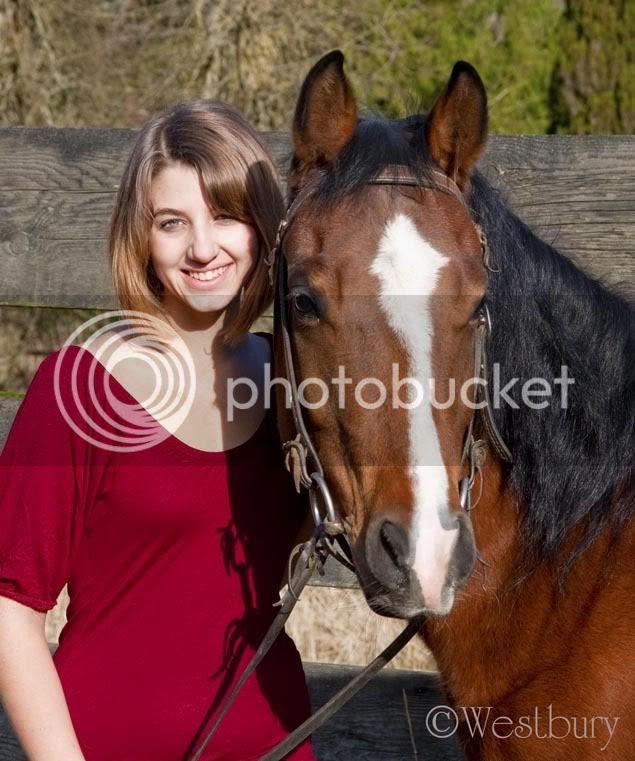 Posted by Tracey at 5:36 PM 6 comments: Links to this post 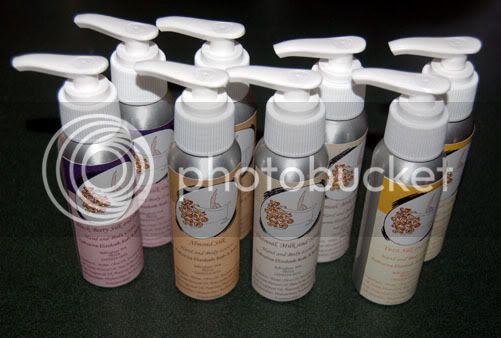 Warning...objects in photo are not as they appear.

Lotion! That's what I was making. Scrumptiously yummy, thick and creamy, almond vanilla. Sitting on the table were brushed aluminum bottles in which to pour it the moment the concoction became cool. And then the spouse (the other spouse) informed of the bad news. Those were not pumps in the box with the bottles. No...no...they were spritzer tops.

Huh? 3 lbs of lotion, and I had no pumps? Sigh...good thing my lotion sets up relatively thick! Into jars it went. Not as thick as a cream, but thick enough to work the alternative packaging plan.

Hope your night before night before went smoother than mine! Though to be honest, the lotion is pretty darned smooth!

Posted by Tracey at 7:38 AM 5 comments: Links to this post 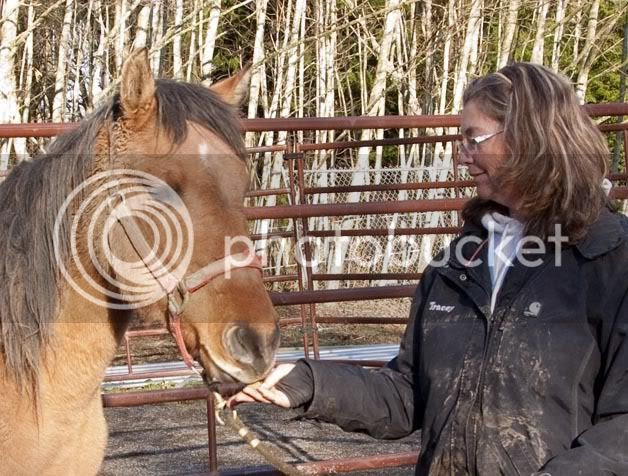 Okay, Impulse has been lipping bits and pieces of hay from my hands since the beginning...and in doing so her lips would occasionally brush up against my fingertips. However, that does not constitute as 'touching' in the wild horse world. Not in the least. But it sure doesn't hurt on the road to getting there!

Treats are one of my favorite methods of getting into a wild horse's space. I like using bribery. Some people may not agree, but they're still standing in the middle of a round pen with their horses trotting circles of ignorance, while I stand in the center feeding treats. And touching lips.

To be honest, I've been busier with Kitty and a few others down at the Cowboy's place, cleaning stalls in an enclosed warm(er than my) barn rather than standing about in the cold and wet with wild Kiger girl. But that doesn't seem to be an issue with her. She prefers my time being spent doing something other than forcing my way into her space...even if it is for treats. But my friend Ty, the grain guy who sponsors my lovely mustangs, has had a hankering for a new wild one for himself, and of course he wants me to do the gentling again (he adopted Mustang U's 'Liberty', the grulla sale authority mare, as well as one of Darling's yearlings, in the past.) And you know...it would really be a good thing (I thought to myself) if Impulse was gentled before I tackled a new one.

Yes, City Boy, I know I've got five horses out there. No worries, dear...we'll fix that!

So outside I traipsed, in the damp and the cold, to hand treats to Miss Kiger Mustang. Lead rope in hand, I stood next to her, handing off one treat after the next. She was happy. Very, very happy...and then rather than pulling my fingers back, I left them on her muzzle, and she was less than very, very happy. She was...confused. And she lifted her head away, but she didn't attempt to go anywhere because, lo and behold, another treat appeared. And soon we were treating and touching and treating and touching. 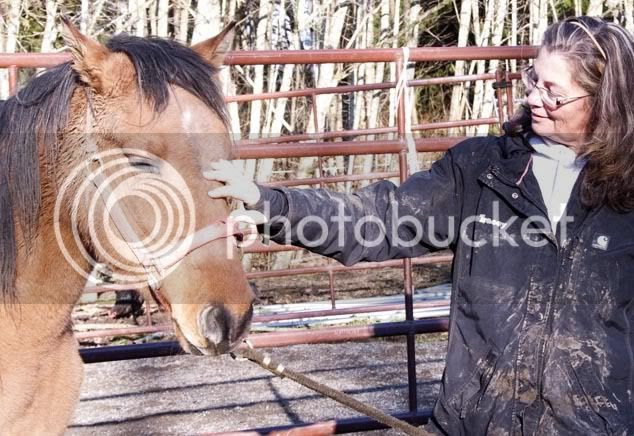 Then the hand made a daring move, and the fingers stroked and rubbed up the cheek, and the chewing of treats stopped as she watched me cautiously from the corner of her eye. I rubbed beneath the halter and up toward her ear, then down her face. She stood quietly, waiting to see what I'd do next. She was pleased when 'next' was taking another treat from my pocket, and she was once again munching on treats before I stepped away.
Now, all of this touching and treating and rubbing of faces is nice enough. But the reality is, the most important thing in these photos is my hair. See it? It's straight! All those fluffy curls, vanished! I mean, touching wild ponies is good enough, but look at my hair! I know, I know...you noticed it right away, didn't you? And you just could hardly contain yourself, and barely noticed a thing I said about touching and treating. You were in shock, yes? I knew it...
Posted by Tracey at 9:50 PM 5 comments: Links to this post