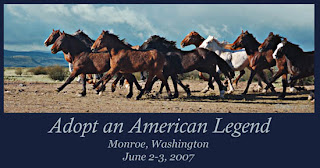 There were plenty of demonstrations going on at the adoption this weekend. From Lesley Newman's wild horse gentling to Cheryle McConnaughey's barefoot trimming, the crowd was never left wanting for something educational.

One of the fun things, for me at least, was seeing the US Border Patrol. They have begun using mustangs to patrol the border between Canada and the US in country that can only be reached by foot or on horseback. They're thrilled with the mustangs because of their sure footedness and willingness to move over terrain most domestic horses aren't capable of.

There were four horses there, all big and stout. They're trained in the prison system, then adopted out. The BP said they're so thrilled with them that they plan on adopting more. 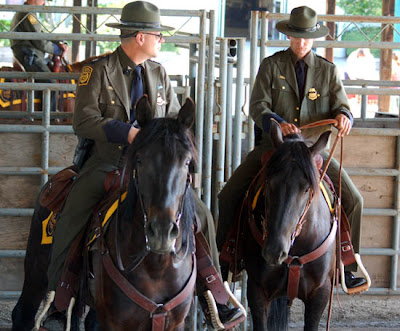 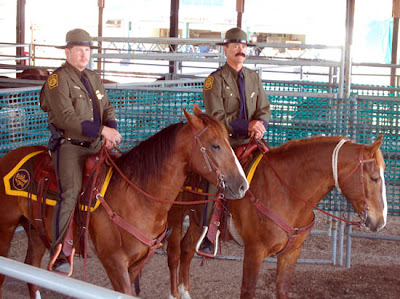 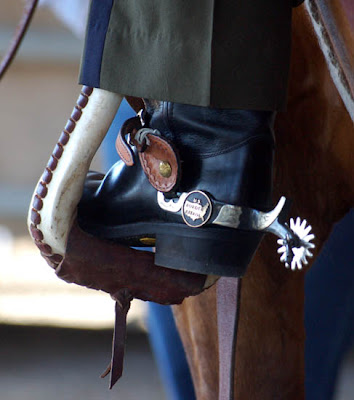