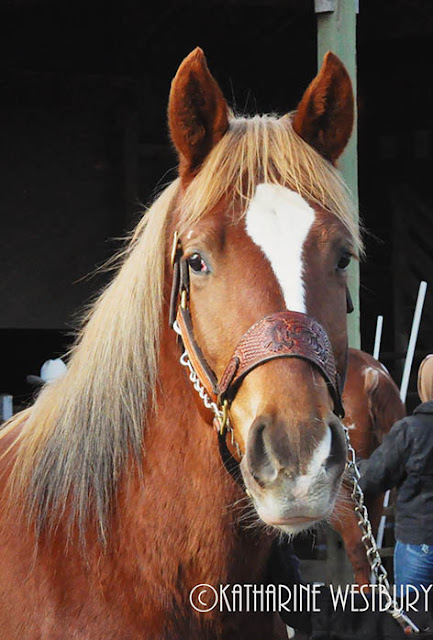 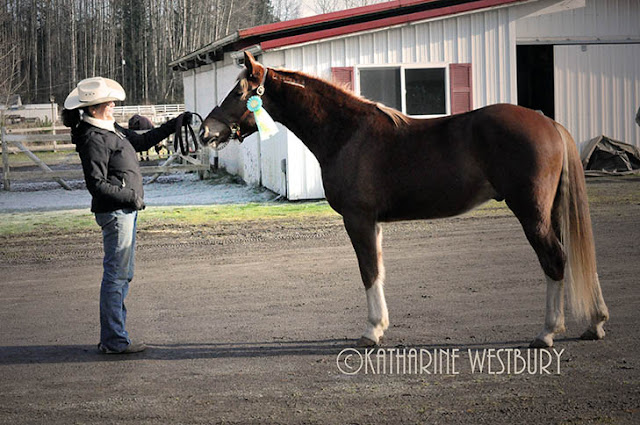 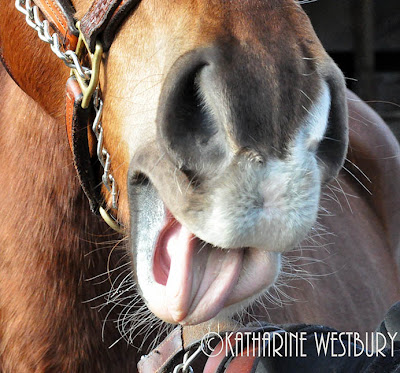 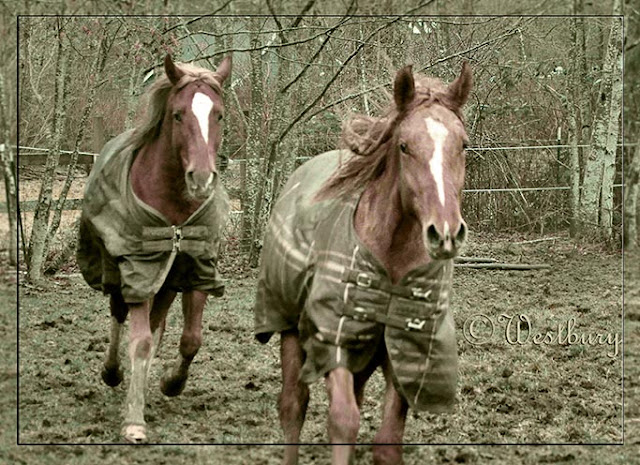 We'd tackled something together today.  It was the first time I'd entered the trailer with her tied in it.  She also stood tied at the rail inside the arena after everyone left.  We worked in a crowd of horses, then alone.  It was different.  Today was different, and in a very good way.  Today was hump day.
Posted by Tracey at 6:31 PM

That is one nice-looking gelding.

Very good all around - it's nice when things come together like that.

Your goofy mustang is a very nice looking horse.

Oz is a champ- and it's nice that the judges weren't biased and rewarded him for the very nicely put together horse that he is.
When I'm working with a young horse, I expect them to startle at new things, and I also expect them to come back to me because of the foundation we have built together- just the way your Flirt did. Good job Tracey!