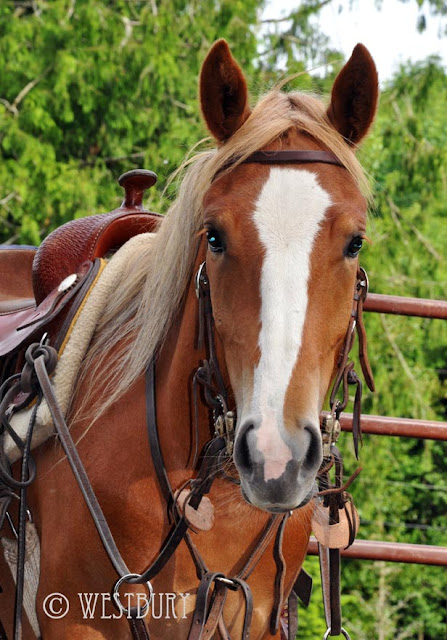 Non stop rain has slowed things down here just a bit, but it's time to get the lovely Max moving forward in her training.

Since being adopted last spring, we've done relatively little with her outside of initial gentling.  I did toss  the saddle on her back at one point over the winter, but mostly she's just been allowed to hang out and become who she is...a pest.

Maxine was the shyer of the two yearlings last  spring.  Rep warmed up to me much faster than Max did, but it was apparent pretty early on that while Max  may take a little more coaxing, once she knew what was expected, she would do it without complaint.  And that has made training much easier than many horses I've come across. 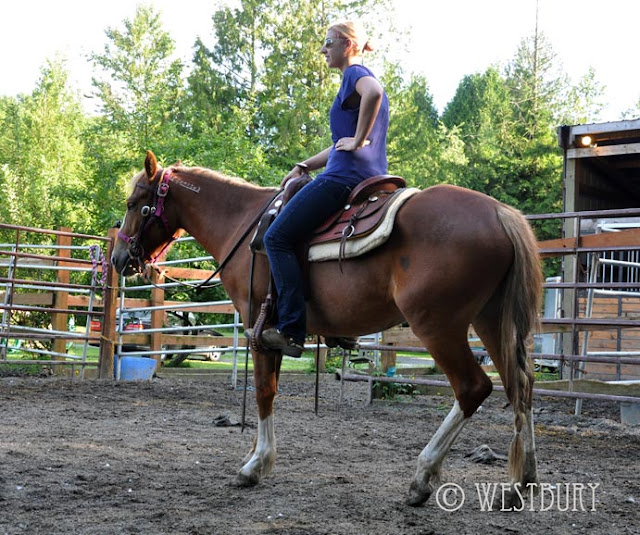 A few weeks ago, Darling climbed onto Max for the first time.  I led her in a couple of circles, but that was as far as it went.  The rains came and the riding ended.  Last week, with no one else home, I took advantage of a sunbreak and climbed aboard the filly and asked her for a little movement.  She turned a circle or two, mostly pivoting on the forehand as she followed the rein.  After a few tries, I did get her feet unstuck and got a small circle out of her.  I called it good and hoped we'd start to string together a few nice days.

Nope. Rain.  But Darling did manage to sneak in a ride when we hauled Max down to the Cowboy's  inside his covered round pen.  Maxine did quite well in the new location.  Some horses would have gotten twitchy or downright spooky, but not our girl.  A few circles on the lunge line and up went Darling. 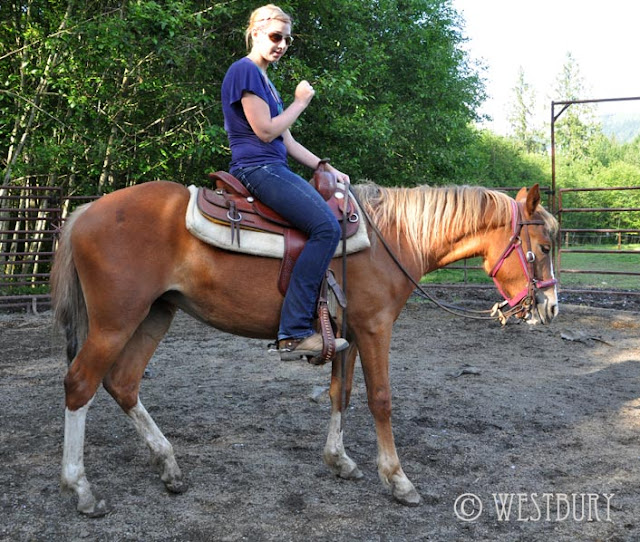 Today marked Maxine's fourth ride, and she came off the lunge line for the first time.  Walk, trot, stop, back up.  This filly is working really nicely, with a naturally low head and very nearly vertical; I don't know, but she may make a great bridle horse at this rate! 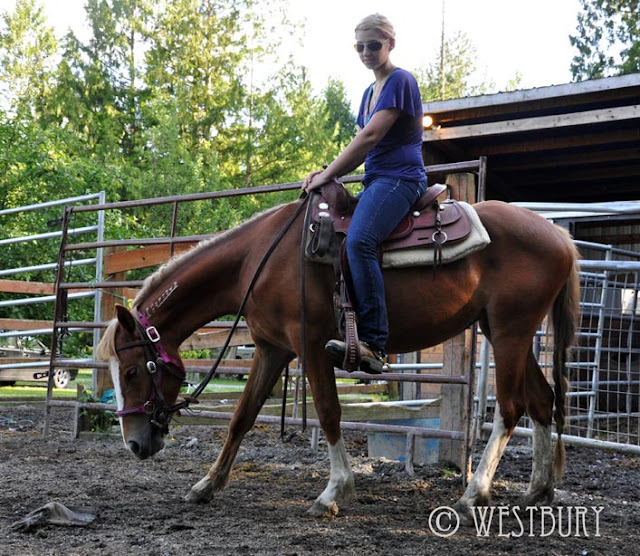 I'm really looking forward to seeing how Maxine progresses this summer.  With any luck, she'll be hitting the trail for a short ride or two before the end of summer!

What a sweetheart- your daughter too- does this mean that this nice quiet filly is going to be City Boy's horse?

That is so great!! This rain has really interfered with all of us PNW horsey folk. I've got 6 rides on Chance, but the weather just isn't cooperating and when it does I am busy with something else.
Maxine looks so relaxed for her rides!! She is a good girl!

such a beautiful face