Summit of the Horse

“Now is the time for all of those who care deeply about the land and the horse, to come together as ethical and moral horse people, and find ways to address ignorance and a lack of understanding by activists and policy makers.”


Control Excess Wild & Feral Horses: Deal with Unwanted, Abandoned and Neglected Horses on All Lands.
Or an Unholy Alliance?

Stand up. Speak out. Be heard.


January 3-6 is Summit of the Horse, sponsored by United Horsemen.
"There are some that want to believe that this organization is all about slaughter, that is simply not true," says Dave Duquette, who is co-organizing the event, along with Sue Wallis.

Rep. Sue Wallis (WY) is a well known slaughter proponent. Along with Duquette, they have put together this four day event in Las Vegas to speak on a variety of issues facing the equine industry.

No one, I don't think, can argue that there is a huge increase in neglected and abandoned horses due to the current economy. Whether you want to blame the closure of slaughter houses as a contributing factor or not, abuse and abandonment are definitely an issue. I was speaking with the Animal Control officer in the county to the south of me one day, who said that originally she'd been cheering the anti-slaughter movement. But now? Now she wishes there were a more humane end for the sudden influx of horses she's dealing with. 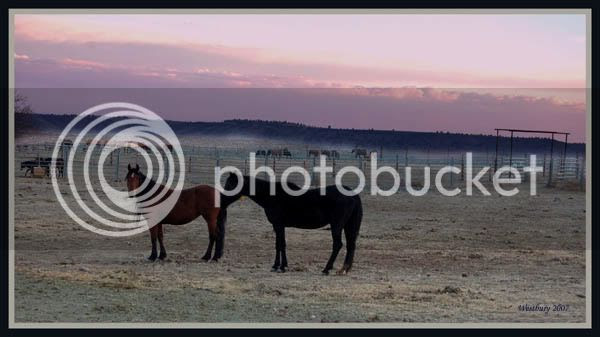 'Clairol' and friend, Sale Authority mares who sparked my desire to start Mustang U
This month, both Range Magazine and Western Horseman have articles on wild horse management (check out page 5 of WH...it's Dibs!) Both are very practical, though despite my pro-gather stance, I found myself wincing at the boldness of those who felt the mustang a menace. I understand it...truly I do...who wants to have feral horses wandering down highways or standing beneath street lights in the suburbs?

But there is a value in the mustang's freedom that cannot be denied. Who's heart doesn't beat even just a wee bit faster when they catch sight of those who are truly wild and free? They are not only a symbol of our western heritage, but represent what so many of wish we could be. When a nation is feeling the effects of a down turned economy, feeling pressure from all sides with little hope, it's a good feeling to know that somewhere, even if it's on the drought ridden ranges of the west, the American dream still lives. 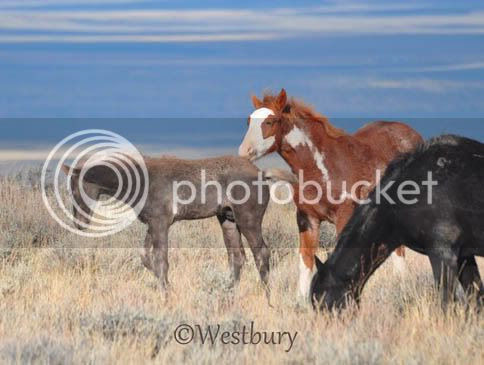 Juniper gets a little assistance from an older colt up on the South Steens HMA
So how do we balance it all? How do we create space on the range for family ranches who've had contracts for longer than horses have been protected? How do we keep wild horses inside their boundaries, and not destroying private property?

Is it right for people who do not live this first hand...those in Hollywood or nestled into an apartment in upper Manhattan...to make life altering choices for those in the west?

And is it possible, even in the least, to have humane slaughter? I look out my window and know for certain that had I not picked up Tika, she would be one of those candidates, as would the Paisley Desert pinto mare. And out there, somewhere in Oklahoma, is a beauty known here as Clairol...or Beaty's Beauty...who's life may hang in the balance. 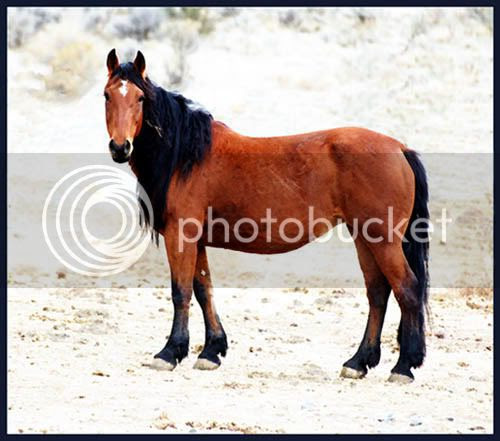 But despite my trembling heart regarding these horses that I know and love, I'm a firm believer that slaughter can be made humane. As someone who raises a lot of their own food, I know that I wouldn't want my lambs or pig to be hauled several hours, crammed into a trailer or truck across the state, let alone the nation. Yet for some reason, this is what faced our horses. I know for a fact that if I were able to haul my horse directly to the same facility that I've taken my other animals to, that they'd be treated well and their death would be equally as humane as euthanasia (I've seen that go terribly wrong, I'm sad to say.)

I don't know that I could ever haul one of my own horses to such a place. I don't know that, if slaughter were reinstated, it would be any better than it was before. Either way, it will be interesting to see how this summit impacts not just slaughter and the domestic horse, but America's Living Legends.
Posted by Tracey at 6:00 PM

I'm thankful that here in Alaska we do have a humane option for disposing of unwanted or dangerous horses.

I have not said too much about it, hoping to stay out of the maelstrom. It's just not a black and white issue. I agree with what you have said. I don't like the idea of slaughter, but who among us would not choose that end for our horses over starvation and disease?

I live here in Canda and slaughter is an option, and I hope it stays that way, there unfortanlty are too many horses around and too many horses that are unsellable (older, not halter broke, not gelded) at least those horses are not suffering.

Actually, it is a black and white issue. US horses are not raised as food animals. There are no production records and there is no mechanism in place to remove horses that have received medications prohibited by the FDA and EU in food producing animals. US are horses are given prohibited meds on a routine basis so they can do what they were raised to do. Among the long list of meds, two common drugs are wormers and bute. You would be hard pressed to find a US horse that hasn’t receive one or both. Whether it be racing, sport, performing, therapy, working, service or companion they don’t suddenly become food when their careers have ended. Once an animal has received a banned substance, they can never enter the human food chain. In order for closing the plants to have an impact on abandonment and neglect, slaughter would have had to end. It didn’t and nothing stopping anyone from sending their horse to slaughter. Did it ever occur to you that owners that can’t care for their horses are holding on to them because they are in fear if they give them away or sell them they’ll end up on a slaughter truck? If slaughter is the cure, why are Canada and the UK seeing an increase in neglect and abandonment?

Horses going to slaughter are old, ill and dangerous is simply not true but the slaughter proponents keep repeating it. According to Temple Grandin and the USDA, over 96% of slaughter horses are young, fit and sound. If a horse is ill, dangerous or no longer has quality of life, call the vet and have the horse humanely euthanized as we do with all non food animals in the US. Sending an ill horse to slaughter speaks volumes on the lack of responsibility of ownership.

If there are too many horses, how is slaughter going to fix that? You keep slaughtering and the breeders keep producing. It doesn’t reduce the number but ensures there will always be excess horses. It is a never ending cycle. It’s time for owners and breeders to be held accountable for horses they chose to own or breed. Put the blame where it belongs instead of on the horse.

Promoting this “summit” is falling prey to the propaganda they spew. Check out who their supporters are, what they are doing with their donations and why they promote slaughter. It has nothing to do with horse welfare and all about breeders being able to breed and dump and scaring ranchers into believing the slippery slope myth that if slaughter is banned, livestock are next. There is no regard for consumer food safety (Wallis wanted to remove inspections in WY) and no understanding of the difference between food animals and non food animals. Calling horses livestock does not make them food animals.

Vicki, I deworm my livestock (cattle and sheep receive the same dewormers horses do) and after 30 days they are safe to enter the food chain. No one here at my house has suffered any ill effect from eating a sheep who's received safe guard or ivermectin.

However, you do make a good point in that we don't know if a horse (or any other animal, for that matter) has been chemical free for 30 days unless it stands at the feedlot. And I doubt many horse owners would send their horse to the local butcher like they do their cow, pig or lamb and have it return in little white packages.

So somewhere in the middle there is a solution. How to provide a humane and reasonably priced option for the horse owner.

Horses were often raised for food in years past. They were the poor man's meat.

I don't believe this issue is black and white either. There are lots of well meaning people on both sides of this issue but unfortunately there are those who are motivated by money too. Anytime you get those people in the mix what you have is a big mess and that's exactly what we have here. Finding what is best for the horse isn't going to be easy, that's for sure.

To me it is black and white. These are sensitive, sentient beings who have worked side by side with us to build this country. They give us so much in so many ways, and yet there are those who toss them away so thoughtfully and selfishly. If you don't see it or feel it yourself you don't have to anguish about it. No horse should go through the terror and cruelty of slaughter. I would rather see a horse quickly shot in the head in an open pasture it knows, than to go through such a brutal horror. It makes me sick to my stomach and I will never, ever consider it as a solution to anything.

Blackfeather, you bring up an interesting point of a quick, easy bullet. I would agree wholeheartedly! Yet I was speaking the other day with someone who said to me "All horses would rather die a humane death by injection rather than by bullet".

How someone can believe that they know exactly how all horses would prefer to die is beyond me...but like you she is anti-slaughter. So is this black and white, then? No, we're still dealing with shades of gray.

My own personal preference would be for the same folks who can come to my property and slaughter my lambs or pig or cow, to be able to do a horse right there on the spot as well. Not that I could eat my horse (I'd have to be mighty hungry), but as you said, it's a far more humane death. So why do we not allow it?