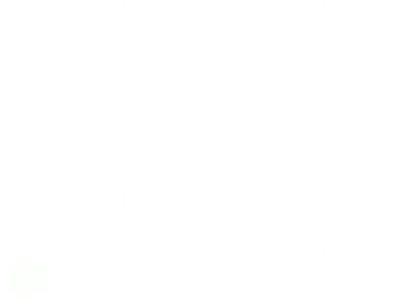 I figured it'd be good to have a weekly update so that I'd have something to look back at each week and see just what we'd managed to accomplish. I really enjoyed Kitty's weekly updates and found them to be very helpful (as I've already mentioned), and it could be that these can be used as well by someone in the future who wants a bit of a measuring stick.

Sandy has allowed me to move from directly in front of his face, to around the side and to his shoulder. He's still insecure about my body getting too close; I can rub his withers, but my body isn't allowed to touch him (yet!)

I can run my hand down as far as his knee without him feeling overwhelmed.

I can rub his chest now.

He's worn a saddle blanket. He lets me rub it over his head and down his neck, or just toss it over his back from either the left or right side.

He's following more than leading, but by yesterday (Saturday) his head was a lot closer to my shoulder.

He's working on doing a pivot on his haunches while leading; he's getting very close to doing a 180 flawlessly.

He follows his nose to do a 360 turn. I do this with the long rope, having the lead come over his neck on the opposite side of his body from where I'm standing. I then slip the rope back towards his hind end and behind his tail a bit...kinda tricky while I'm standing up near his face, but since he likes me at his face he stands while I flip the rope backwards. Once it's behind him I step away and pull. He wasn't sure what I was after the first time, but now he follows his nose right around, both directions, with no problem.

He can be haltered.

I ran the rope over his back and up under his belly to simulate a tightening cinch and he didn't mind.

He let me carry the saddle up to him and sniffed it, then was brave enough to let me touch his right shoulder with it.

He stood tied for five minutes while I puttered around doing other things. He never pulled back or tested the rope; he tried to turn a couple of times, but when he felt the pressure he stopped. He does tend to be a bit of a digger, though, so will need to learn some patience.

All in all, not a bad first week. Certainly not the easy horse I'd dreamed of, but that's okay. He's got the heart of a warrior inside, he just doesn't know it yet. I tell him that when we're out there together, but I don't think he believes me. When he's confident enough to step out alongside me, or try to lead the way, then I know he'll have figured it out.

I'd like to say Thank You to those who've sponsored me so far (you can see the hay burners to the left and the other sponsors to the right.) This week both Baker Bear Grocery and Gas and Laurel Farm and Western Supply have joined the list. If you're up in the northwest and headed to Mt. Baker, stop in and say hello to Bonnie and Baker Bear (and fill up your tank.) And if you're needing feed or shopping for a new saddle, stop in and see the folks at Laurel; they've got a great store and knowledgeable folks to help.

Sponsor me in the Mustang Makeover!
http://Desperate-Horsewife.blogspot.com

Join the Hay Burner's Club and donate $15 towards Sandy's upkeep and I'll send you a 5x7 photo (once the horse is here, of course.) Or buy advertising space in the form of a button.
Posted by Tracey at 8:01 AM

Tracey, he sounds like he's doing great. I took pictures yesterday of the Mike Neal's belly band theory and will get them posted tonight with more explanation I hope. With the desensitizing you have been doing, I think this will really work for you and help with the leading and tying even lunging, most certainly giving to pressure. After seeing it in action with my horse you can bet I'll be using it all of the time. To never have a horse pull back when tied again would be so great. I only have a couple who do that and you can bet I'm working on them first. lol

Wow, it sounds like the two of you are really progressing! How exciting!I'm curious and you may have already said this, but about how old is Sandy?

Thanks, ladies. Yes, he's coming along nicely. He's got a good mind.

Callie, he's four. He was captured as a two year old, so he's been hanging out at the corrals not catching anyone's eye. =(

Excellent progress TRacey! Sandy is doing great as are you. The weekely update is a great idea- this way when you hit the proverbial wall now and again, you can refer back and give yourself a pep talk too! ;)

You Go Girl! (And Sandy too... handsome bugger that he is!!)

Yay, Tracey! It's great you got a thinker. I know these guys come to you as a blank slate & knowing herd dynamics, but they still seem to learn so fast & give so much of themselves! It's wonderful reading & feeling a part of it ...

I've been reading a fairly general book about horse psych etc; one of my fave quotes was along the lines of "horses are very intelligent, but most of it goes into working out where they are putting their feet". Hee :) I'd really welcome reading suggestions - anything on riding / training / general horsiness. Your favourites?

So when did the sweet boy get gelded - when he was brought in at two? Has he really been in the corral the whole time - not running out on the range? Was he in a 'bachelor band' or some kind of group?

Jules, yes, Sandy was gelded the fall of his two year old year; so it's been a year and a half. I don't know what the holding facility he was in looks like, but the ones in Oregon are several acres for each corral, and a small herd of horses lives in each. Sandy would likely have been put in with colts and young stallions between 1-5 years old when he was gathered, then everyone gelded in the fall.

Since he was two when captured, he could have been running in a bachelor band when captured. I believe the herd stallion runs off the colts by the time they're two. Don't quote me on that...it's just what I've read.

Sounds like things are coming along. I have been so busy, I had a lot of reading to catch up on and was excited to check out your site and see what you were up too. All good!