To Lance or Not to Lance? 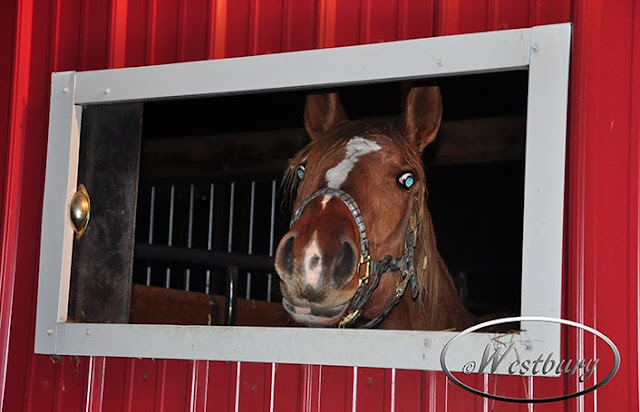 Flirt has become a mooch.  She sees me walk past her stall window and feels the need to stick her nose in hopes that I'll notice her and perhaps offer up a few more pounds of tasty grain.  It makes me smile every time.

When I came home from the Cowboy's a couple nights ago, I noticed that the punctures where the darts had hit Flirt were seeping a yellow pus.  Ick!  When she moved, it was obvious that her left hind leg was uncomfortable.  Really?  How was I to doctor a half wild horse?

I'd managed to change Flirt's halter to one that was a little larger than the yearling one that had been on her to begin with, and her drag line was now off, since she'd been seeking treats from me.  But despite that small step forward in gaining trust, administering penicillin shots was probably not going to earn me brownie points.

Thankfully, the vet felt that we could start with a powdered antibiotic, and since the mooch was more than happy to gobble up her grain, that has been an easy route to take.  If it didn't work, I was told, we'd need to switch to daily injections, and if the punctures began to abcess we'd need to lance them to drain.  Yikes!

After two days, her attitude and appetite are good, the oozing seems to have dwindled and she's not quite as lame.  There is definite swelling that I'm not fond of, but it's down low on her leg, not at the point of entry, so we'll just keep on doing what we're doing and hope we can get over this sooner rather than later. 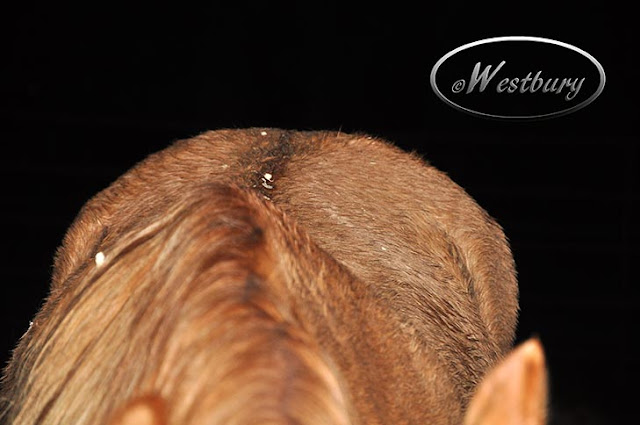 Today I opened up the gate between her paddock and the round pen for the first time, giving her a great deal more space to move around in.  When I walked out tonight, she came straight to me and checked out my pockets.  Treats?

Yes, Flirt, I have treats.

Pocket Pony in the making!

Good progress! She'll be all healed up soon, and hopefully without injections. She is going to vie with Tika for your affection.

hopefully shell be all healed up soon and the infection will be gone :)