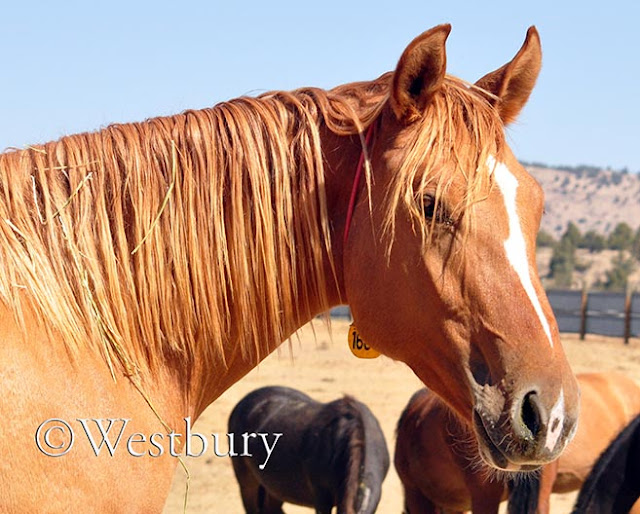 The morning dawned bright and ever so cold. Our first real frost of the season covered the ground as well as the windshields of our vehicles. I tossed hay to the wrangler horses who were in my barn and waited for Wendy & Ramona to show up.Wendy had discussed the situation with the BLM vet before heading north. He ordered some unpronounceable drug (not to mention impossible to spell) with whic

h to dart Flirt and had it FedExed overnight up to Kulshan Vet. It was supposed to have arrived on Wednesday...yesterday...but it didn't. And that is why we were sitting at my kitchen table with Wendy mixing up concoctions and filling needles and darts this morning.

New friend and Flirt fan, Dawn, had offered the other day to bring her game camera, and to climb up into a tree and sit and watch to see if she could spot Flirt out there in the woods. Once we found her, Dawn again volunteered to be there to help out. And so it was that the five of us, Wendy, Ramona, Dawn, Katie and myself, headed up the road armed with dart gun, horses and plenty of rope. 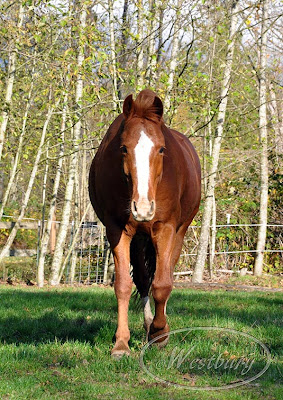 Wendy's plan was for to walk in, along with Dawn, and use her gelding Houdini as a shield. I was to follow a short distance behind on Witchknot, then slip over to the left to block a possible escape out toward the road. Katie and Ramona were on foot behind me, staying toward the opening where we'd just crossed the bog.

The dart can be a tricky thing...it can hit a horse and take them out in just a couple of minutes...or it can startle them, get their adrenaline running, and send them running for up to 15 minutes. This was NOT what we wanted to have happen, as Flirt could easily get tangled up in our dense underbrush. 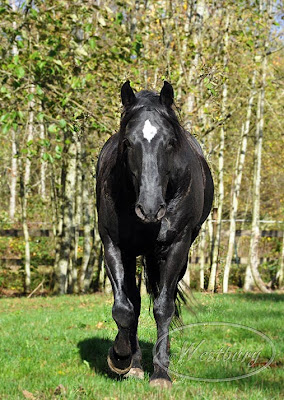 While Witchknot and I worked our way into place, Wendy, Dawn and Houdini moved forward and disappeared into the trees. We hoped that Flirt was in the same basic place as yesterday, and it didn't take long to realize that was indeed where she stood. We couldn't see a thing from where we waited, but as we listened we knew when the first shot was made. We heard Wendy's voice as she talked to Flirt. No craziness, no sudden flight. It stayed quiet for a moment, and we heard the second dart go pop out of the gun.

It must have been 20 minutes before we were called into the trees. Flirt was on her feet, two dart marks with blood dripping from her hindquaters. Her head was hanging low. She was doing her best to walk, as Wendy and Houdini guided her to the fence behind her. No way were we going to attempt the bog with this super drugged up horse! Thankfully, there was a gate in the barbed wire fence behind us, and we were able to go through that and follow the old road out to a nearby farm.

Flirt wobbled and weaved, but eventually we were out in the open again. Ramona had brought the horse trailer up the driveway and turned it around so that the back end was facing us. The door was opened, and Wendy rode Houdini up to it. She'd thought to just ride right in, bringing Flirt with her, but realized as she approached that this trailer was a bit too low for that. As she climbed off Houdini, Flirt stepped forward and climbed into the trailer. Wobbly, drugged...it didn't matter. I think this girl is a trailer loading fool!

A few minutes later, Flirt was back home. Sound, but looking like she dropped 100 lbs, she went quietly with Wendy out of the trailer and into her paddock.

Flirt his home...tired and hungry. She's not left her food since arriving. She let Wendy rub all over her neck and face (with a little effort) and is now snugly tucked inside for the night. We've draped tarps over the fence where she went through to help her rethink that exit plan, but for the moment I just don't think she wants to be anywhere but where she is. It's dry, there's food. She's home ♥ 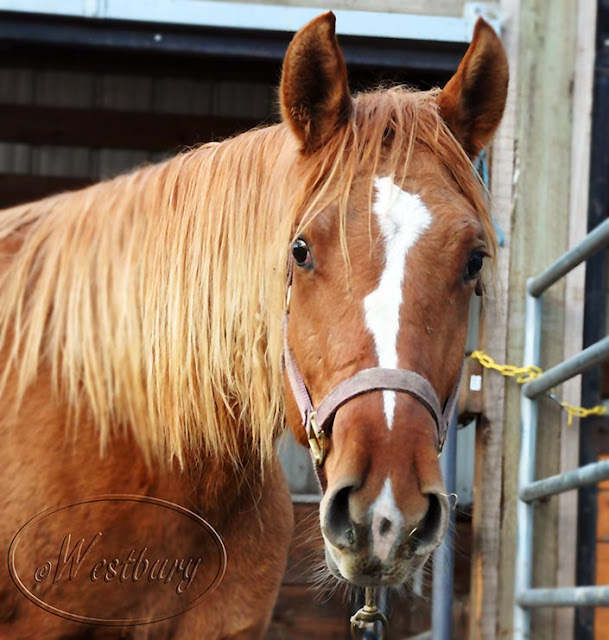 Yay! A happy ending to a terrible nightmare. I'm so relieved she's safe.

I am so happy you found her, and that she's home again.

Great news Tracey, what a story!! So glad this had a happy ending! Now dying to see more photos and hear how things progress with her.

So relieved and happy that you have her home safely!

Yes! So happy to hear that Flirt is home safe and sound!! I also can't wait to hear how she progresses and to meet this famous girl!! She is just gorgeous!

I am so glad that she is back safe and sound, such amazing news. Looking forward to hearing from u in the future

Now there`s a happy ending! Well done all of you, it has got to be a serious relief for you, once again, well done.

Read this on Facebook, what a relief to have this nightmare over. Maybe you can get some sleep now!